The much underrated actor James Edwards in The Caine Mutiny (1954) as Whittaker (Lt. Cmdr. Queeg’s aide) by adding military restraint to his ridiculous task enhanced the impact of Humphrey Bogart’s famous mad quest to prove with “geometric” logic that someone took an extra portion of frozen strawberries. Similarly in Patton (1970) as Sergeant William George Meeks, the general’s valet, Edwards has a very strong scene where he is very understanding of Patton’s (played by Oscar winner here George C. Scott) dilemma of losing his command over a “measly slap.” 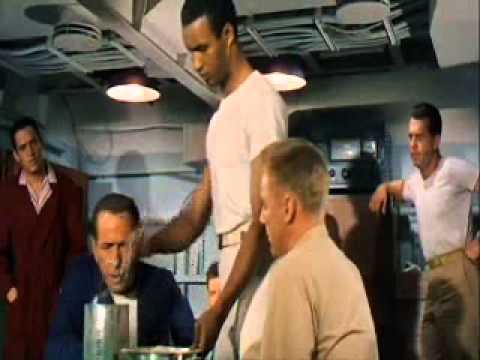