Directly from Pa Dillinger (Victor Kilian) the public learns about how it was for Lawrence Tierney growing up to become their number one enemy Dillinger (1945)…. Likewise in the mock crime documentary Take the Money and Run (1969) we learn directly from the parents of Virgil Starkwell (Woody Allen) wearing disguises out of embarrassment how it was to raise a son destined to become a legendary criminal. 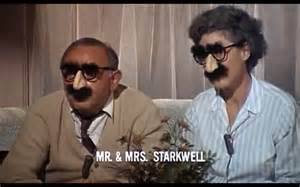 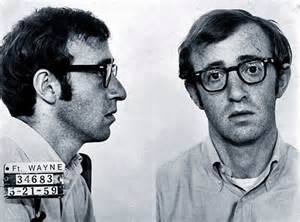 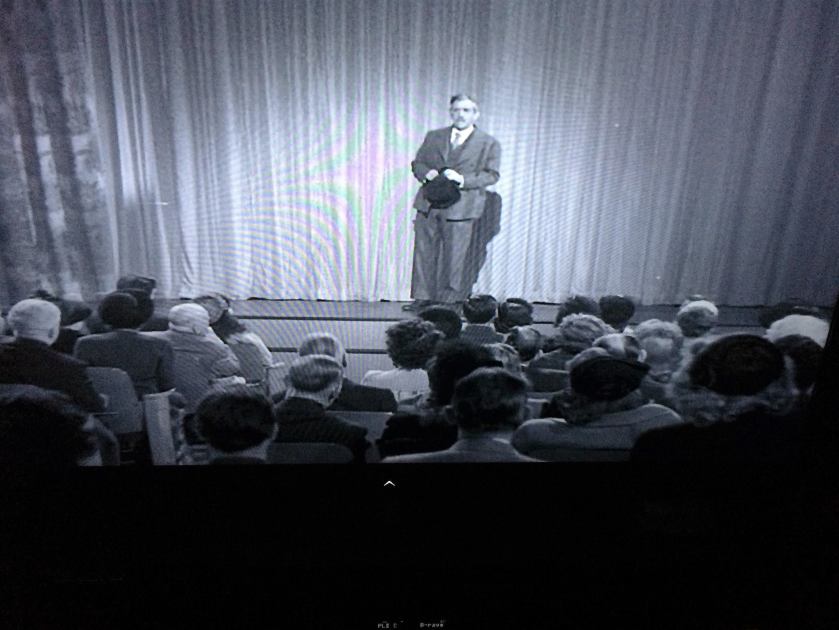 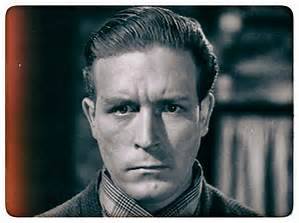 Hope everyone is dealt a great hand for 2017 and has a New Years Eve as happy as C. C. Baxter and Fran Kubelik did in Billy Wilder’s The Apartment (1960).

In the Stanley Kramer produced and Carl Forman written Home of The Brave (1949)-I cannot stop watching the newly released Blu-ray especially the touching scene between the much underrated actor James Edwards (Pvt. Peter Moss) and Lloyd Bridges (His childhood buddy Finch) on dangerous WWII sentry duty as they dream about opening a 50/50 owned “type of place a guy could bring his wife” after the war where Moss does the cooking and Finch serves the drinks-and to enhance the powerful performances here is the soundtrack from the great Dimitri Tiomkin which features a choral rendition of Sometimes I Feel Like a Motherless Child. 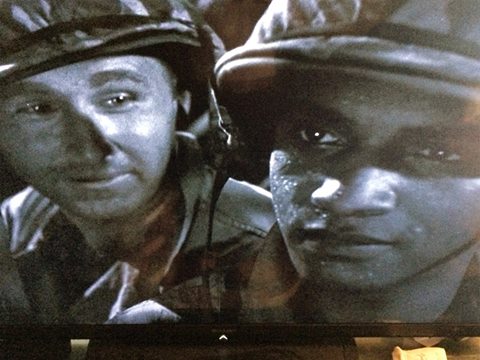 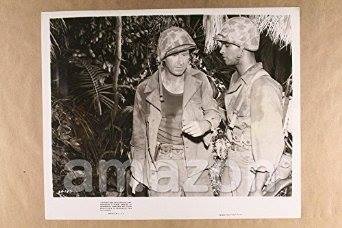 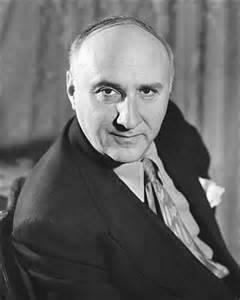 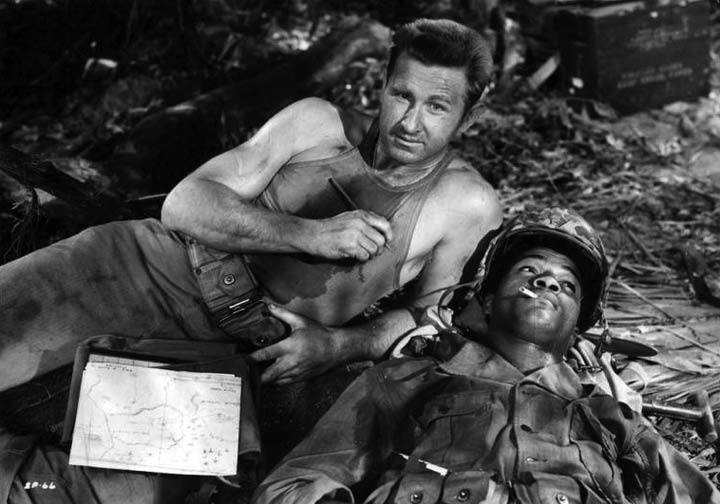 Hope everyone is having a merry Christmas Eve-in the John Ford brilliant The Long Gray Line (1955) – After the death of his lovely wife Mary O’Donnell (played to perfection by Maureen O’Hara) with whom he had many happy years, Sgt. Marty Maher (Tyrone Power) was having a very lonely Christmas Eve in his empty house until the doorbell started ringing and friends starting bringing him holiday joy. This was John Ford’s first venture into cinemascope and being the master of composition he successfully positioned Tyrone Power at the extreme left of the frame to highlight the now emptiness of what had been such a lively kitchen-and then gradually Ford populates the widescreen with the joyous friends lifting Marty’s spirits. No wonder why John Ford won the best director Oscar four times! 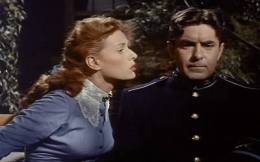 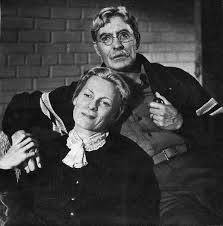 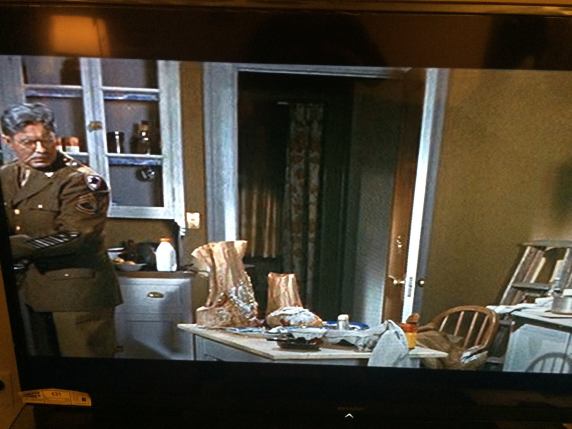 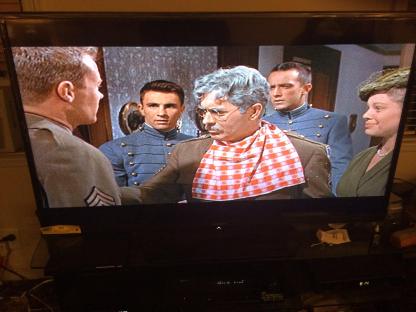 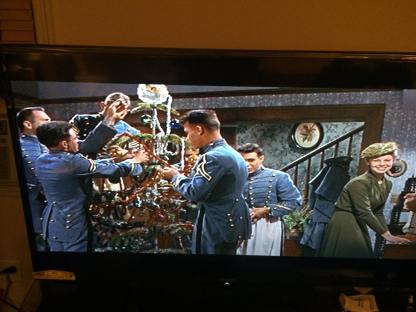 On TMC today 12/22/16–An underrated movie Holiday Affair (1949) where for a change Robert Mitchum is cast into a world where the Christmas holiday kindness rules rather than evil NOIR demons. Here as Steve the Mitchum kind, generous and direct nature makes a difference. Love Bob’s frank soft spoken after Christmas dinner speech in front of all parties concerned that he wishes to wed Janet Leigh instead of her then suitor played by the great Wendell Corey. 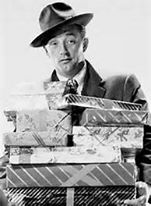 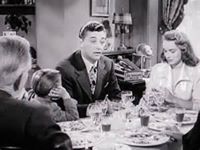 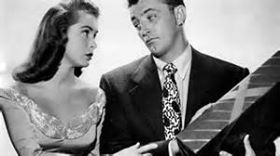 In Henry Hathaway’s brilliant Film Noir Kiss of Death (1947)- When convict Nick Blanco (played to perfection by the great Victor Mature) visits his daughters in a church run orphanage, there is a large religious painting on the wall that ingeniously adds an extra spiritual dimension to the moment.

In a brilliant sequence from John Ford’s The Horse Soldiers (1959) children from a confederate military school led by their elderly commandant (Basil Ruysdael) stage a march against John Wayne’s invading Union Cavalry outfit. Nobody gets hurt—but one of them gets spanked. Catch also here the tension between Wayne as the colonel who bears a grudge against doctors and the great William Holden as the dedicated unit surgeon-When are the fisticuffs going to begin? 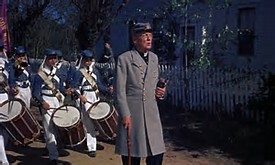 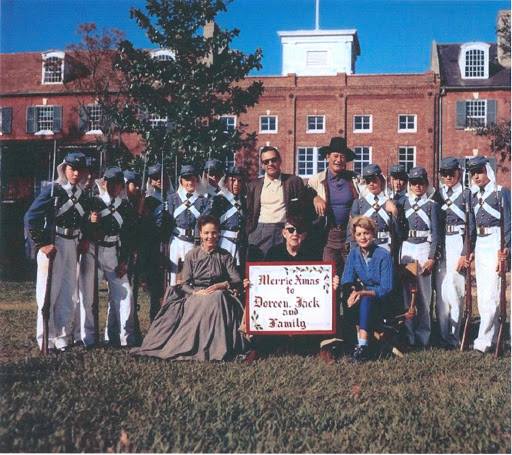 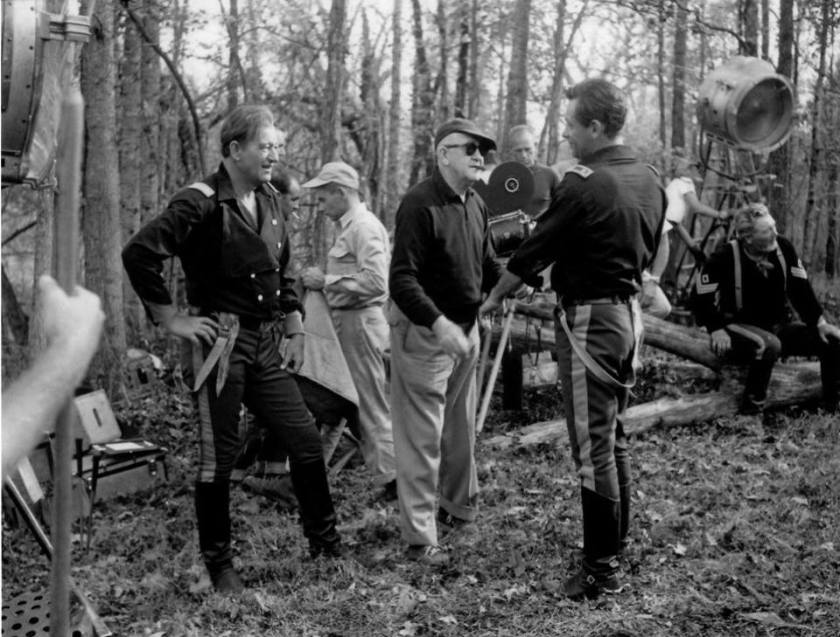 On TCM 12/16/16- In the William Wyler directed The Best Years of Our Lives (1946)-One of my all-time favorite sequences in the history of cinema is when screen great Dana Andrews as down and out war hero/soda jerk veteran Fred Derry takes a walk in a junkyard populated with retired WW 2 aircraft and is lucky to be in the right place at the right time landing a good job where he learns how to recycle the junked war planes into prefabricated homes. 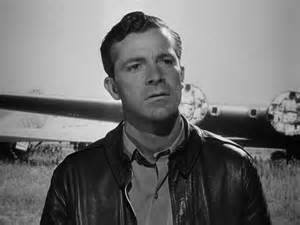 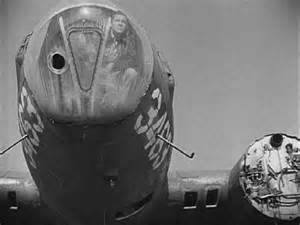 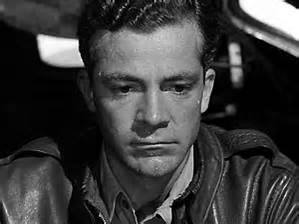 From an ordinary B screenplay filmed on mostly low budget locations underrated director Andre De Toth’s camera with the help of veteran cinematographer Bert Glennon and perfect casting masterfully shows us an ultimate NOIR world in Crime Wave (1954) where: screen great Sterling Hayden as Lt. Sims chews on a toothpick to give up his smoking habit; Gene Nelson as Steve Lacey is the ex-con trying to keep out of trouble with the law and his lovely wife played to perfection by Phyllis Kirk; and the evil troublemaking gang led by Ted de Corsia with henchmen Charles Bronson and all time screen crazy Timothy Carey. 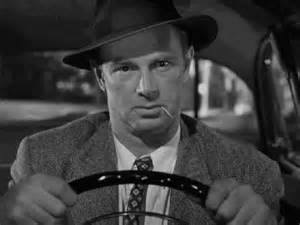 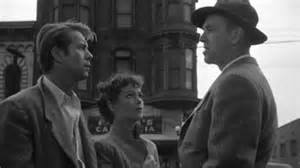 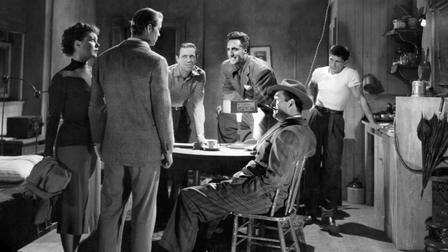 Recently on TCM-In the Delmar Daves directed 3:10 to Yuma (1957) which I recalled was described as a poor man’s High Noon by TV Guide—It is fun to watch great movie actors Glenn Ford as an outlaw leader (certainly cast against type) and birthday today 12/13 Van Heflin as a modest but skillful small-time rancher match wits and psychological motivations. Very suspenseful to the last moment! 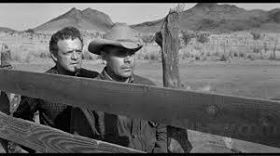 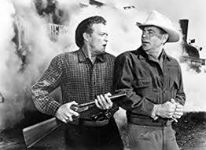 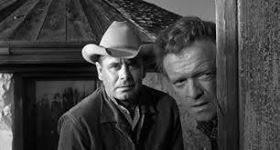