On TCM 10/10/16- The Cockleshell Heroes (1955)- A very interesting war movie based on a true mission with Trevor Howard as a veteran Royal Marine captain and Jose Ferrer (who also is the film’s director) as a WWII commando unit leader who tests the men for his team for a suicide mission via canoes behind German lines by dropping them by parachute 300 miles north in England dressed in German uniforms with neither money nor ID, and telling them to get back to barracks in 48 hours. Each of the men has a different approach to this task and it is a very entertaining sequence filmed at actual Surrey locales. 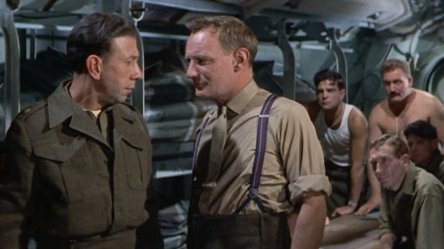 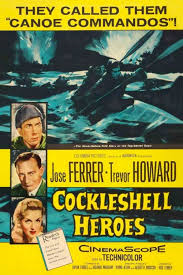