“Yes, I can be very cruel. I have been taught by masters.”-Oscar winning here screen icon Oliva de Havilland as Catherine Sloper in the William Wyler masterpiece The Heiress (1949) on TCM this morning 2/12/17 where these tutors of cruelty were played to perfection by Sir Ralph Richardson as her insensitive father Dr. Austin Sloper who was indifferent to his daughter’s self-esteem and Montgomery Clift as her fortune hunting suitor Morris Townsend. Catch Wyler’s dynamic technique of utilizing group shots (as he also does in The Best Years of our Lives) of Catherine, Dr. Sloper, and Morris all in clear focus within the frame-you will catch more details about these characters on repeated viewings. 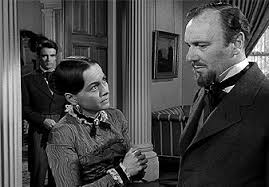 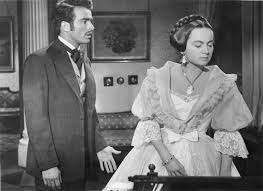 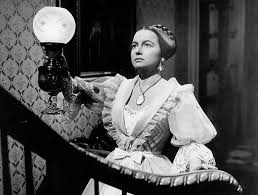 Recently on TMC – Steve McQueen in the Oscar winner for Film Editing as cool police detective Bullitt (1968) drives his mustang around San Francisco protecting everyone against both the mob and ambitious politicians like Chalmers (brilliantly played by Robert Vaughn) while he dates the beautiful Jacqueline Bisset all in tune to the jazzy Lalo Schifrin score. But most of all Bullitt gets away with the crime of stealing a newspaper from a vending machine at Clay and Taylor 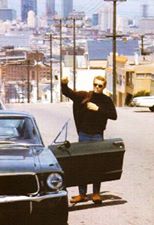 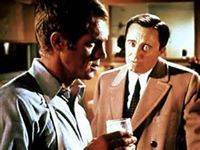 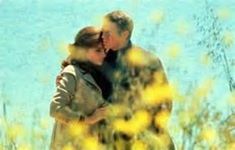 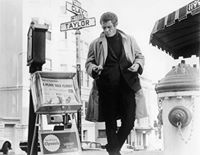 Recently  on TCM – Versatile Oscar nominated actor Louis Calhern does an extreme transformation from being the dishonorable higher class crook Alonzo D. Emmerich who cheats on his partners in crime as a well as on his wife with screen icon Marilyn Monroe in John Houston’s The Asphalt Jungle (1950) ——to the honorable Supreme Court Justice Oliver Wendell Holmes loyal to his wonderful wife played by the underrated Ann Harding in The Magnificent Yankee (1950) directed by John Sturges. 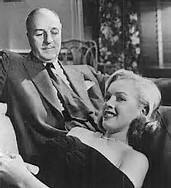 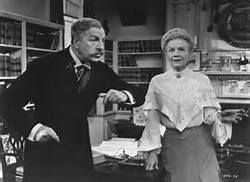 Recently on TCM-one of my all time favs-The English countryside never looked better than it did in master director Stanley Kubrick’s Barry Lyndon (1975). Oscar winning here cinematography by John Alcott shows us this beautiful world to the tunes of great classical music while the very engaging off screen narrator (Michael Hordern) tells us how ugly life was there along with a lot of low down gossip about social climber Barry Lyndon (Ryan O’Neal) and Lady Lyndon (Marisa Berenson) a high English society widow. 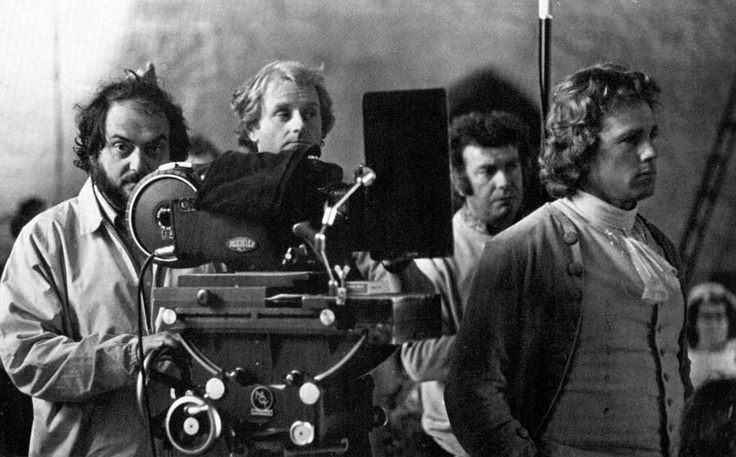 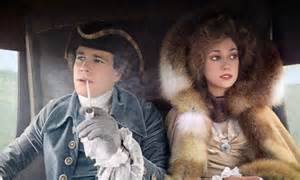 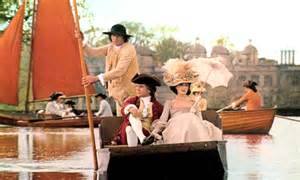 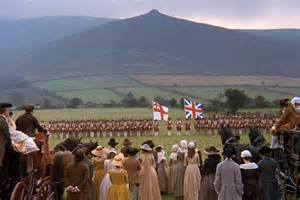 On TCM 2/13/17- By capturing the other character’s reaction to Oscar winner here Claire Trevor in Key Largo (1948) playing washed-up, boozy nightclub singer Gaye Dawn and her pathetic rendition of the torch song “Moaning Low” for a drink, master director John Huston brings out the cold lack of compassion from Johnny Rocco (Edward G. Robinson) and the developing admiration of Humphrey Bogart and Lauren Bacall for each other. 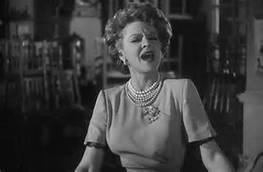 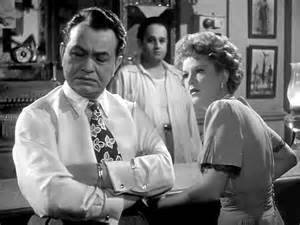 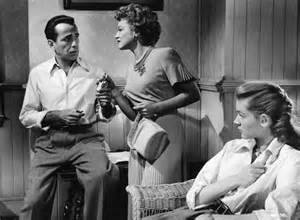 On TCM 2/25/17 -I was moved by director’s Gregory La Cava Stage Door (1937) about a boardinghouse of aspiring actresses played by screen greats Katherine Hepburn, Ginger Rodgers, Lucille Ball with the story circling around the Oscar nominated here Andrea Leeds as Kay whose expectations are not fulfilled—catch the scene when Kay silently walks up a staircase with such a look of despair –it is one of those special movie moments. 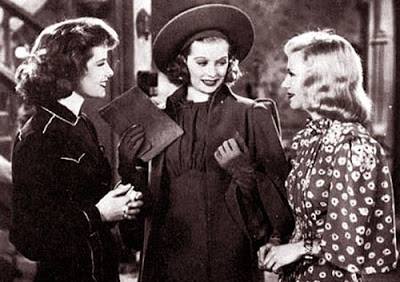 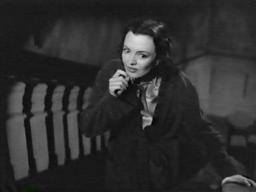 A TCM perennial – Phantom Lady (1944) -Another creative NOIR filmed in German Expressionistic style directed by the great Robert Siodmark where in a plot to clear her boss of a murder charge secretary Carol “Kansas” Richman (played by the beautiful Ella Raines) entices shady drummer Cliff (played to perfection by movies most prolific murder victim: Elisha Cook Jr.). Catch Franchot Tone here like you never seen him before. 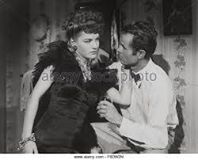 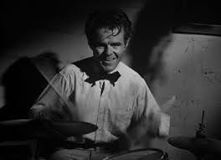 A TCM perennial- Photo of Oscar winning here cinematographer Burnett Guffey (a believer in simple source and fill lighting) on the set of Fred Zinnemann’s masterpiece From Here to Eternity (1953) taking a light meter reading- Look at how successfully the results catch the passion and chemistry radiating between screen greats Burt Lancaster/Deborah Kerr and Montgomery Clift/Donna Reed. 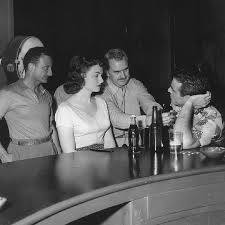 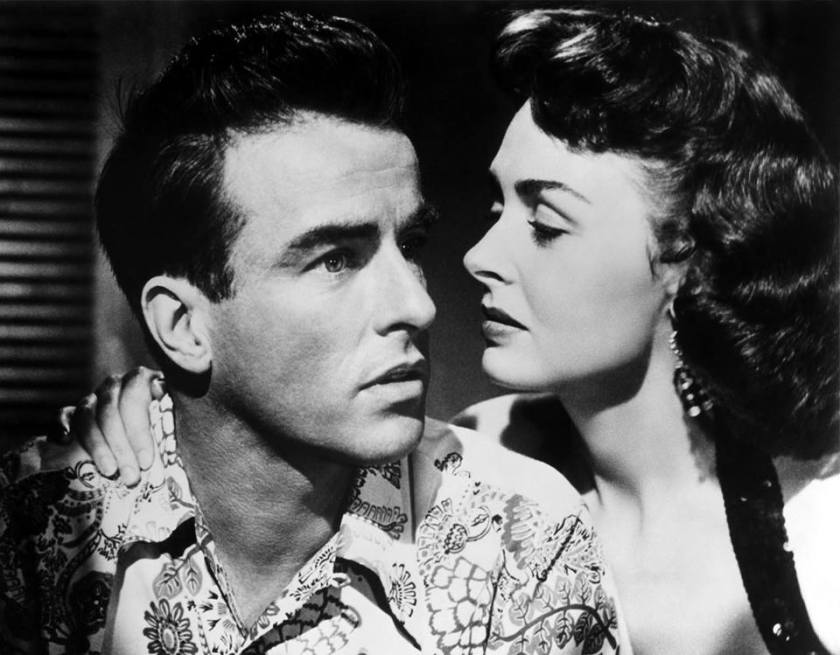 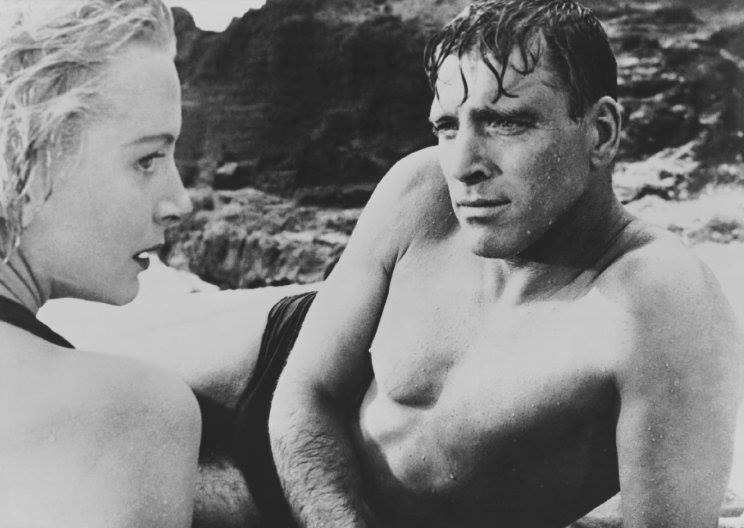 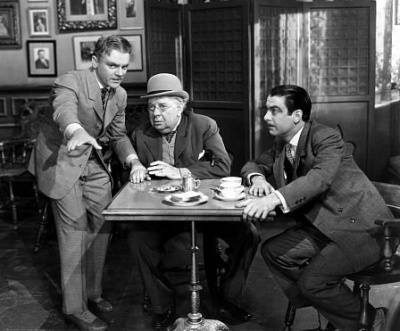 A TCM perennial shown recently to honor star of the month Jane Wyman– So Big (1953)-“She is like the woman who came over on The Mayflower and crossed America on a covered wagon.” Master director Robert Wise with great artistry and perfect casting in tune with a great Max Steiner score adapted Edna Ferber’s Pulitzer Prize winning story of Selina DeJong (Jane Wyman), an influential teacher in a turn-of-the-century farming community near Chicago. Great performances here by: Sterling Hayden (as Selina’s Dutch farmer husband), Steve Forrest (real life brother of Dana Andrews) as their son Dirk and Tommy Rettig as Dirk, age 8; Richard Beymer as Selina’s devoted student Roelf Pool and Walter Coy (Recognize him as John Wayne’s brother Aaron Edwards in The Searchers?) as the very successful adult Roelf and Nancy Olsen as great artist Dallas O’ Mara— When Selina years later is attending a Roelf Pool concert, we are treated to a touching tour de force in direction and film editing (remember  Mr. Wise edited Citizen Kane) and Jane Wyman acting via a superimposed flashback recalling when Selina gave the young Roelf a piano lesson! 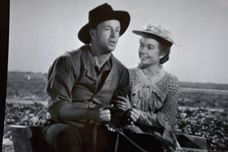 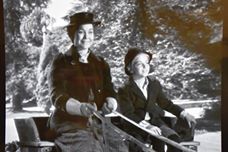 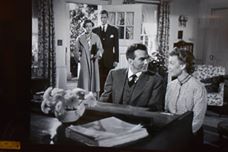 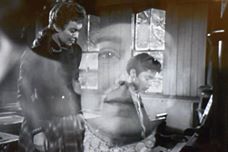