Today 11/15/16 on TCM- Air Force (1943) where great director Howard Hawks brings out the personal and technical details with the help of the Oscar nominated here James Wong Howe’s documentary looking cinematography of what it was like for the crew of a B-17 Bomber (Perfectly cast each with a compelling side story: John Ridgely as the pilot, Gig Young as the co-pilot, Arthur Kennedy as the bombardier, Charles Drake as the navigator, Harry Carey Sr. as the crew chief with George Tobias as his assistant and most of all charismatic John Garfield as the gunner) who departed on 12/6/41 from then peacetime San Francisco only to be caught in the air during Japan’s surprise attack on Pearl Harbor. Of the many memorable moments-the crew adopts a dog named Tripoli who growls when he hears the name of fictional Japanese detective Mr. Moto and when after the pilot is incapacitated, John Garfield as Winocki the washed out pilot cadet turned gunner safely lands the damaged plane. 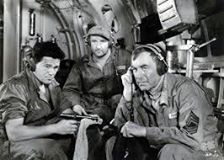 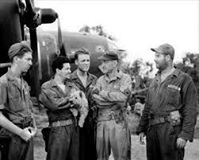 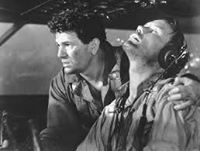