TCM Perennial star Fred MacMurray has a large range-in director Mitchell Leisen’s  Remember The Night (1940)- is a prosecutor that graciously celebrates Christmas with shoplifter Barbara Stanwyck…However in contrast the Billy Wilder masterpiece The Apartment (1960) casts Fred as cheat Jeff Sheldrake who goes Christmas shopping in his wallet to insult and break mistress Shirley MacLaine’s heart with a crisp $100 bill- and we later see Sheldrake’s children playing with their new store bought toys around the Christmas tree in the background as Sheldrake heartlessly hears the news of Shirley’s suicide attempt instigated by the demeaning Christmas gift.  It is so much fun to watch Fred’s versatility! 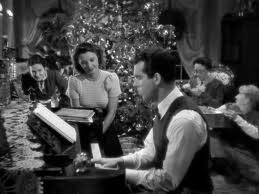 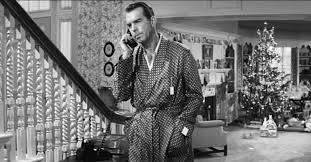